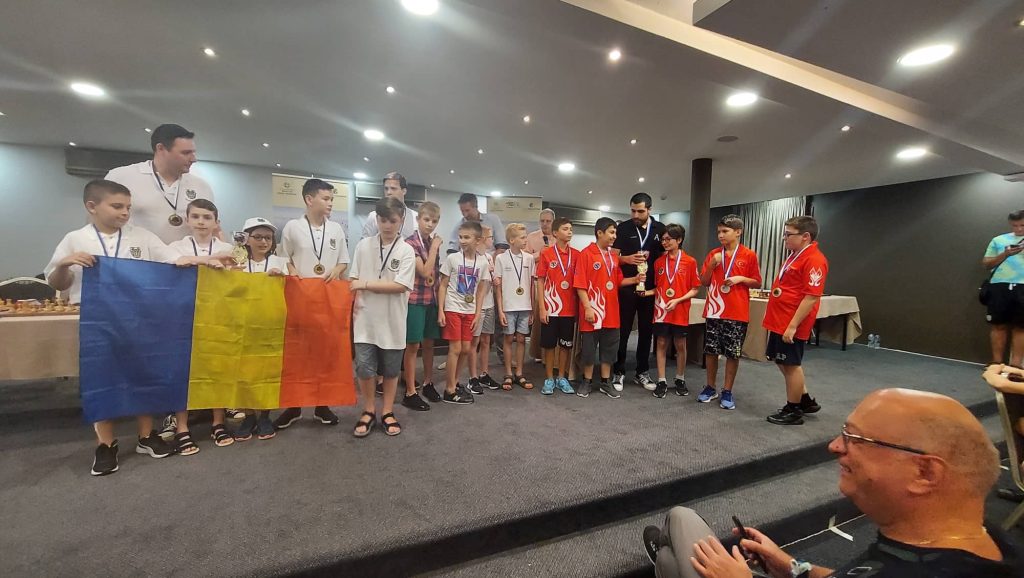 European Youth Team Chess Championship 2022 concluded yesterday in Thessaloniki, Greece. The event was played from 12-18 July and broke the participation record with 53 teams competing in two age categories: U12 and U18, open and girls sections separately.

In the U12 category, Poland tied for the first place with the team of Turkey. Teams had the same score of 12 match points, but with better Olympiad Sonneborn Berger tiebreak, the Polish team clinched gold and Turkey came second. Romania won bronze with 10 match points.

Romania was the sole winner of GU18 section with 12 match points. Turkey and Hungary were in a tie for the third place with 10 match points, each, but Turkey eventually came second thanks to better tiebreaks, and Hungary clinched bronze.

Final rankings and results can be found here.

Photo gallery from the closing ceremony: